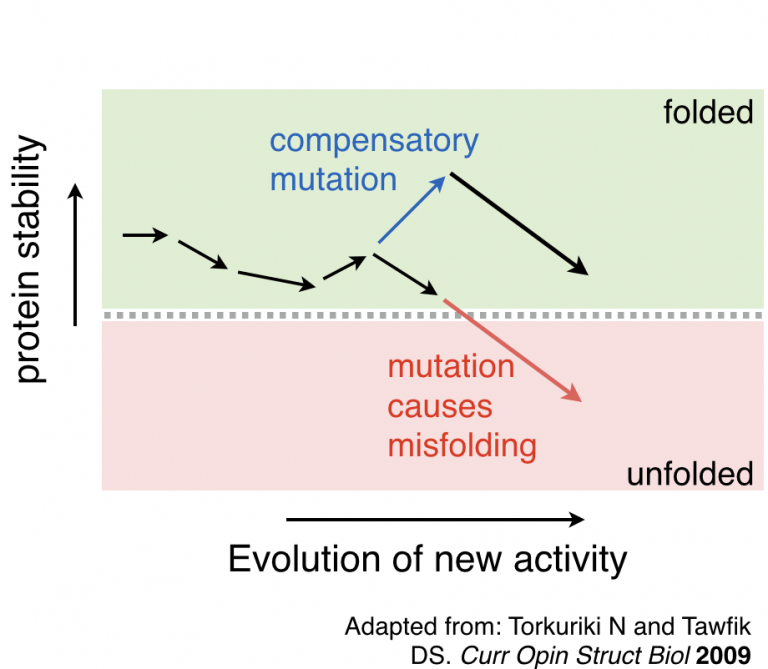 The interplay between protein folding and function has profound effects on biotechnology and human disease. Many proteins do not express well in genetically tractable organisms, rendering otherwise interesting targets for engineering basically unusable. Dysfunctional protein folding is also a hallmark of a number of diseases, most notably neurodegenerative disorders. Finally, dependence on auxiliary factors for proper folding and assembly can constrain protein evolution, both in nature and in the lab.

We study the trade-offs between protein folding and evolution of new or improved function and develop technologies to prevent or reverse the misfolding of specific protein species. Two areas of interest are (1) engineering molecular chaperones to improve target protein expression or rescue misfolded disease-associated proteins, and (2) developing methods to enable the discovery of better variants of Rubisco, a historically “unimprovable” enzyme that is responsible for catalyzing the first step of photosynthesis and whose evolution is thought to be significantly limited by its folding and assembly. 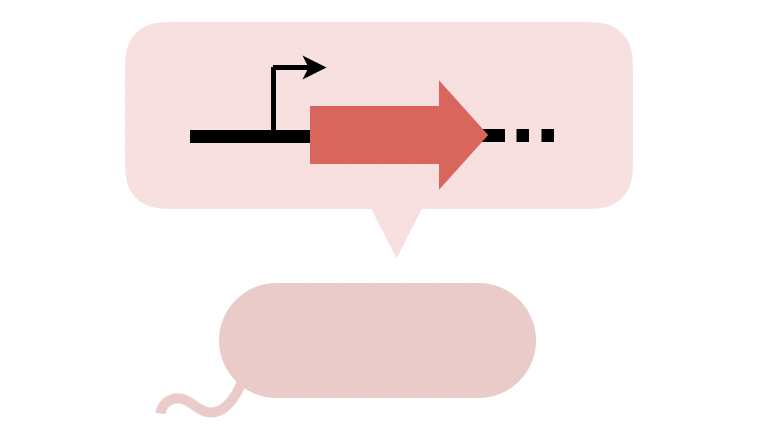 A second facet of the group’s research focus on the development of robust sensors and gene circuits. These elements serve as critical components of synthetic biology, but can also have immense utility in other fields, such as screening for drug discovery. Areas of interest include the optimization of bacteria stress-responsive promoters for use as reporters for antibiotic discovery and characterization in whole cells, and the development of new strategies for identifying genetically encodable small-molecule sensors.