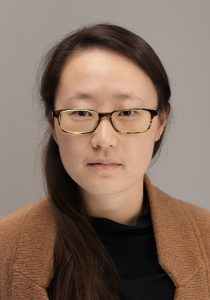 Tina is a native of Rochester, NY and received her B.S. in chemistry at Caltech, where worked in the labs of Robert Grubbs and the late John D. Roberts. She completed her PhD at Yale University with David A. Spiegel, where she developed chemical tools to study protein glycation. She then joined David R. Liu’s lab at the Broad Institute for her postdoctoral studies, where she worked on developing phage-assisted continuous evolution methods for evolving proteins with improved soluble expression. Tina joined the Department of Chemistry at UW–Madison in the fall of 2019. In her spare time, Tina enjoys crossword puzzles and playing the guitar. 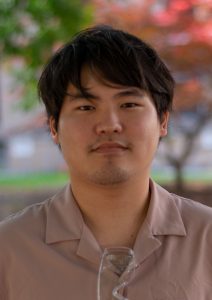 Byung Uk is originally from Incheon, South Korea. He graduated from Franklin and Marshall college in Lancaster, Pennsylvania with a degree in Chemistry. Currently, he is very interested in protein folding and stability and works to rescue misfolded proteins. In his spare time, he enjoys golfing, playing computer games, and finding nice places to eat in town. 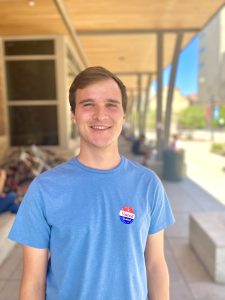 James grew up in the suburbs outside of Boston, Massachusetts. He completed a BS and MS in biochemistry at Worcester Polytechnic Institute, where his research focused on developing a new method for directed evolution in bacteria. In Worcester, he spent two summers running HPLC assays in the protein analytics department at AbbVie. His interests in biocatalysis and directed evolution lead him to a co-mentorship between the Wang Lab and Andrew Buller’s lab. While he was in New England, James enjoyed road tripping around the Northeast and is looking forward to exploring the Midwest. His hobbies also include golf, fishing, and video games. 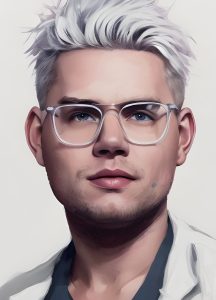 Jack is from New York. He completed his bachelors in biochemistry and computer science from Hunter College, University of New York. His research focuses on rubisco chaperone engineering. Jack used to be barista, which translated into his love for coffee. In the free time he plays video games and does Crossfit. 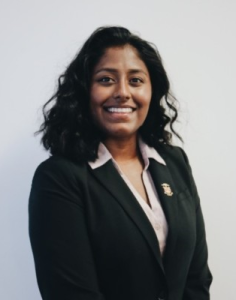 Simruthi is from the Bay Area, California. She graduated from University of the Pacific in Stockton, California with a degree in Chemistry. She worked at Lawrence Berkeley National Lab (LBNL) after college for a year. She worked on peptoid nanosheets as a drug platform and for recycling rare earth metals. She is interested in looking at protein-protein interactions and cyclic peptides. In her free time she likes to read, go to museums, check out coffee shops, and get tattoos. 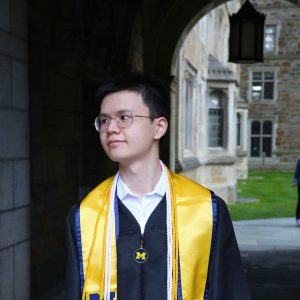 Linwei is originally from Sichuan, China, and finished his B.S. in pharmaceutical sciences at University of Michigan-Ann Arbor. With natural product research experience and an interest in antibacterials, he joined the lab to advance antibiotics discovery using synthetic biology. Outside the lab, Linwei enjoys classical music, video games, trying new recipes and cuddling with his cats. 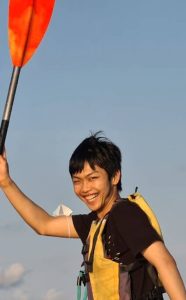 Originally from Lopburi, Thailand. Escaping from burning sun and hot weather, I am pursuing BS in Chemistry and Molecular and Cell biology. Currently, I am interested in research involving with bioengineering and synthetic biology. Outside of class, I enjoy hiking, kayaking, bicycling, iceskating and cooking. 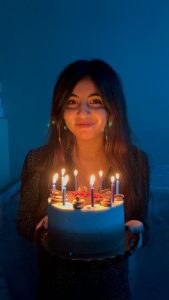 Mahak is majoring in chemistry with a certificate in science communication. She grew up in Gurgaon, India. She is currently working with Jack on their project that aims to engineer more promiscuous molecular chaperones of Rubisco and plans to continue pursuing research after graduation. Her favorite way of spending her free time on campus is grooving to music and sipping lemonade while watching the beautiful waves in Lake Mendota at sunset.

Jess grew up in the suburbs of Philadelphia and is pursuing a B.S. in Genetics and Genomics. She joined the Wang Lab because of her interest in how the structure and folding of proteins impact their function, expression, and interactions. In her free time, she enjoys biking, spending time with friends, and playing golf and lacrosse. 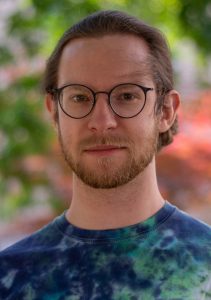 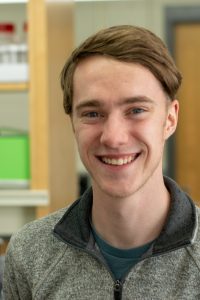